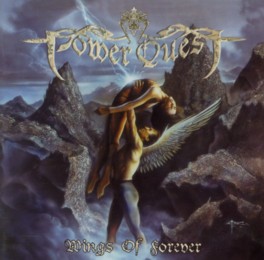 For more information, see the Power Quest website. It is also mentioned on Wikipedia.

In 2006, the album was re-issued with 2 bonus tracks (the Power Quest demo) and a DVD, plus sleeve notes from Adam Bickers and Steve Williams. Controversially, the band photo on the back cover shows the 2006 line-up without Adam!